Melita has always enjoyed designing from her own ideas, finding inspiration everywhere she looks, from limekilns to galaxies, and from the North Sea to garden flowers. Designing for her is not a case of sketching and experimenting, she researches the current subject or theme, let’s ideas stew, and usually as she surfaces from sleep finds a fully formed concept ready to work on, this frequently means a lot of problem solving, but she sees this as being one of the most rewarding aspects of her work.
Possibly because of her architectural background, most of Melita’s recent work has been three dimensional, as she feels that embroidery has so many more possibilities than a flat picture, with texture, sparkle and movement.
She often likes to use less conventional materials, Paperclay, Lutrador, Evolon, hand made paper and silk paper are all used to achieve a particular effect, even limewash and sheep rudd have their uses; she has also incorporated led lights into a series of 3D bowls. 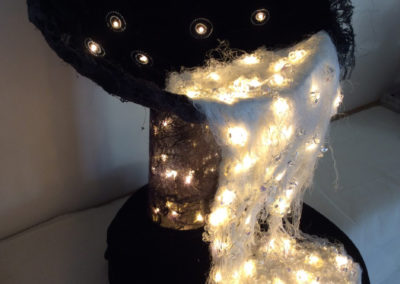 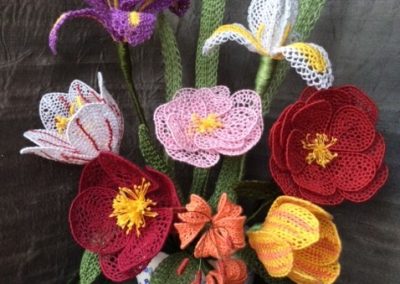 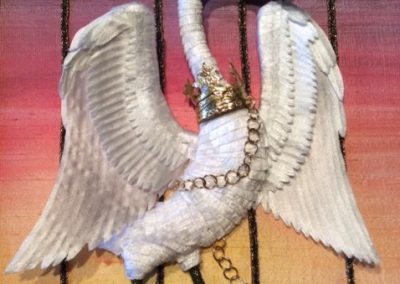 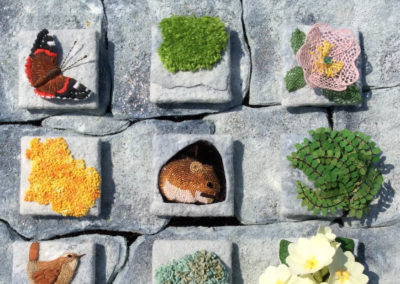 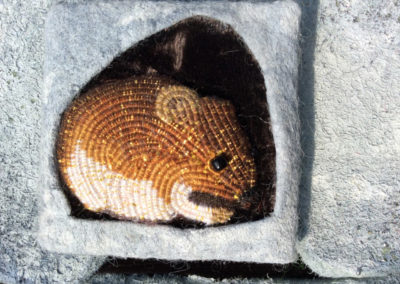 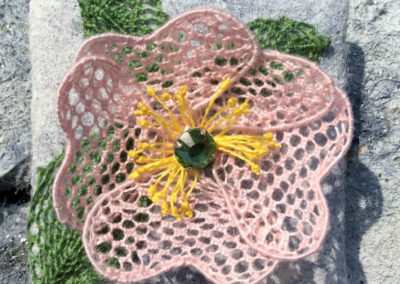 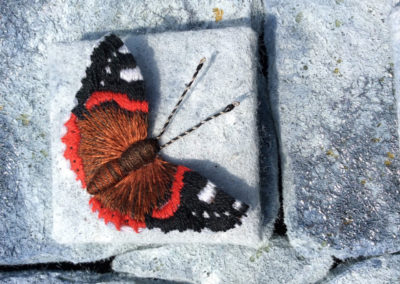 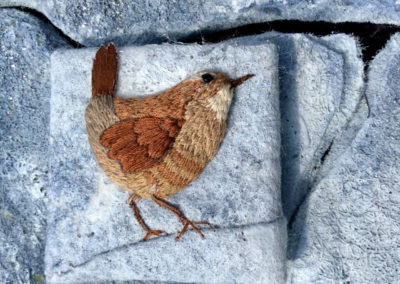 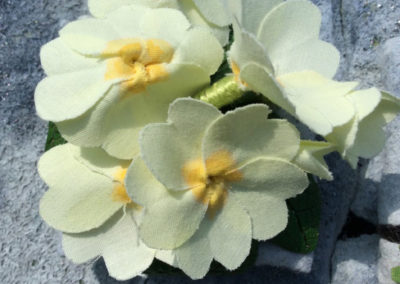 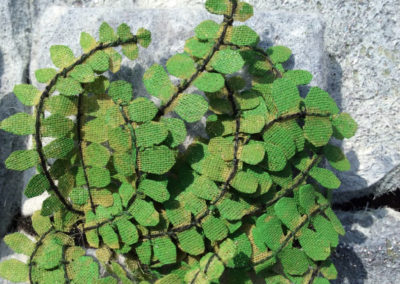 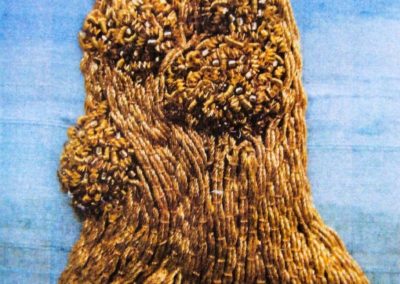 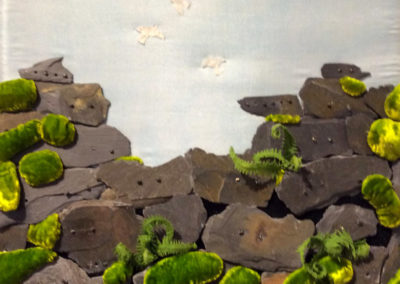 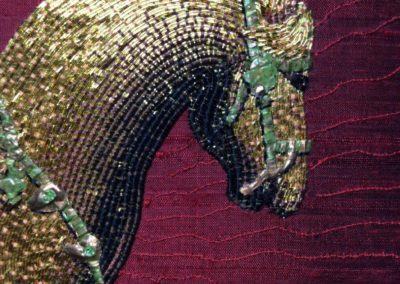 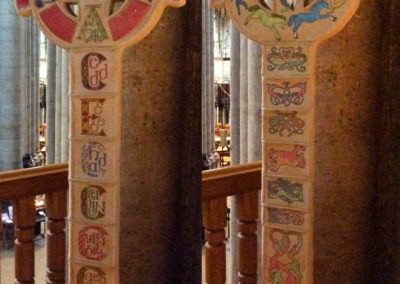 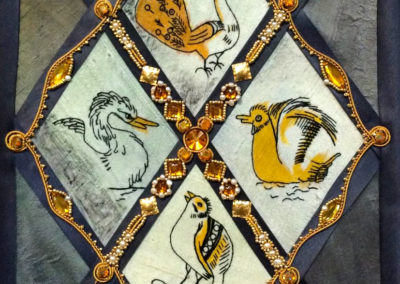 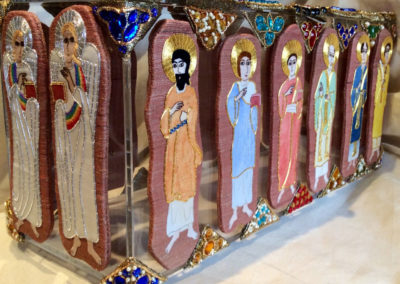 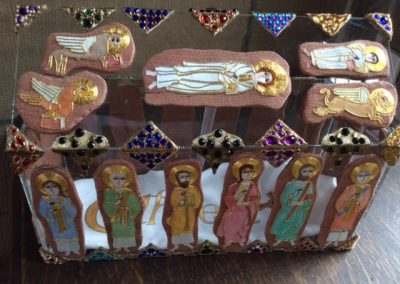 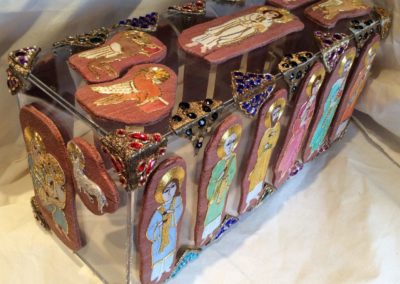 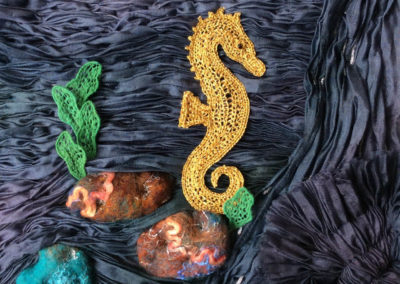